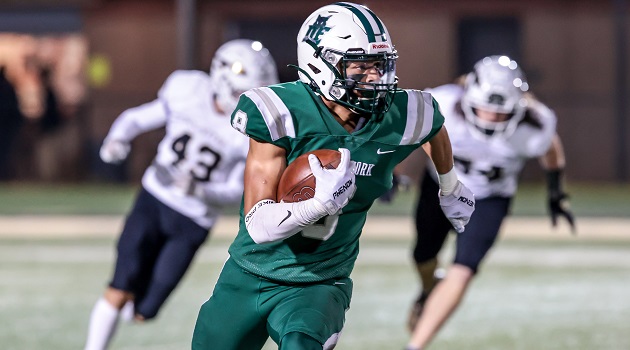 Second-round games of the South Carolina High School League (SCHSL) varsity football playoffs are on tap this week, and all three District Five teams will be in the competition.

Dutch Fork’s trouncing of Socastee last week (56-0) advances the Silver Foxes to the second round Friday at the Dutch Fork High School (DFHS) stadium for their second straight home game in the postseason. This time Cane Bay is the challenger to Dutch Fork’s dominance in the brackets.

Dutch Fork remains undefeated again this year at this point in the season at 9-0, while the Cane Bay Cobras have lost just two games and stand at 9-2 coming into the second round. The Cobras defeated Ashley Ridge 23-20 last week to advance to Friday’s game.

That one was close with Cane Bay winning on field goals in the second overtime competition.

The Foxes are working to make it to the state finals again to compete for their sixth consecutive state championship. Dutch Fork has not lost a game since the 2017 season when Fort Dorchester won 41-25 early in that season.

Irmo and Chapin won their first-round games last week to also advance to this week’s second round, with each of them playing against a higher-seeded team on the road.

The No. 3 seed Chapin Eagles defeated No. 2 seed Carolina Forest 50-14, and they will take on No. 1 seed Fort Dorchester Friday on the Patriots’ home turf looking for another win against a higher-seeded team.

Irmo, a No. 3 seed, beat No. 2 seed York 21-10 to advance to this week’s second round at Westside, a No. 1 seed. The Yellow Jackets will also be playing for another victory against a higher-seeded team on the road.

Winners of each of these three games will advance to next week’s third-round competition.