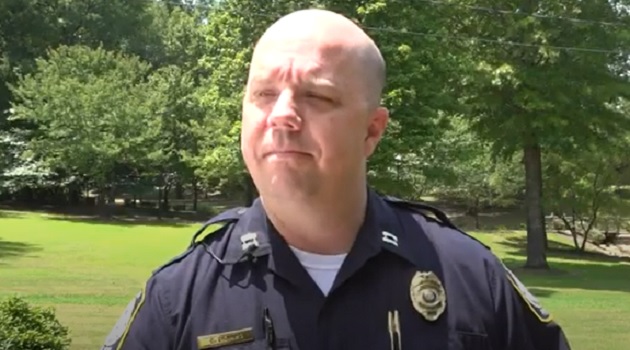 The Irmo Council announced his selection after an executive session at Tuesday’s council meeting. Dennis was among a reported 11 candidates seeking the post who have been interviewed by the council during the past few weeks.

Dennis will take the post held by current Administrator Bob Brown, who has held the position since 2011.

“It’s just another way to keep serving, “ Dennis said in an interview after his selection. “I’ve been serving Irmo for the past 20 years.”

Dennis said he loves the town and if very familiar with the team of employees he will be working with as administrator.

Irmo Mayor Barry Walker Sr. said the town is choosing one of its own with its selection of Dennis.

Dennis began his career with the Irmo Police Department as a reserve police officer and was hired full-time in 2002 as a patrol officer.

Since starting with the department, he has worked his way through the ranks and served in a variety of positions including K9 officer, field training officer, evidence custodian, patrol corporal and patrol sergeant, and later served as the sergeant over the criminal investigations team.

Brown, 65, announced his plan to retire in July. He has worked for the town for the past 25 years.

According to documents on his retirement agreement, Brown had complained of a “hostile environment” while working with the town. Council members are looking into that complaint and have agreed to have an outside consultant review the work environment in the town.

According to an agreement with the town, Brown will receive 30 weeks’ severance pay as well as accrued leave and sick time. Town officials say he was drawing a salary of around $115,000 a year.

Brown will continue to serve the town to help with the transition of the new administrator.

Details of the contract agreement with Dennis have not yet been revealed.