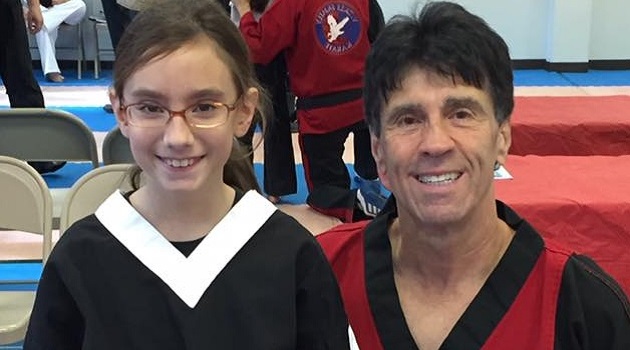 Rick Vitali named to Black Belt Hall of Fame board

Midlands karate instructor Rick Vitali was named to the board of directors of the S.C. Black Belt Hall of Fame (SCBBHOF) in mid-September

“Rick’s being named to the board of the Hall of Fame is an addition which will insure our growth in terms of community outreach and will foster a heightened public awareness of who we are as an organization ,” says S.C. Black Belt Hall of Famer Mike Genova, who also serves as the current SCBBHOF president. “Rick has over 40 years as a karate instructor and more than 30 years as a recognized professional leader in our industry. And the commitment he brings to both the art and the sport, he now brings to our board of directors.”

Vitali, owner of Vitali Family Karate School in Lexington, is a 5th-degree black belt and the younger brother in the Vitali family karate dynasty which includes S.C. Black Belt Hall of Famers Keith Vitali, former U.S. National Karate Champion and one of Black Belt magazine’s “top 10 fighters of all time;” and Col. (Ret.) Steve Vitali, U.S. Marine Corps, a veteran military commander of the wars in Iraq and Afghanistan.

Rick, who serves on the board of the S.C. Martial Arts Task Force and has served on numerous other boards as well as with hospitals and schools helping children and adults, has operated Vitali Family Karate since 2013 where he and his son R.J. Vitali, nephew Connor Cox, and granddaughter Taylor Vitali serve as instructors.