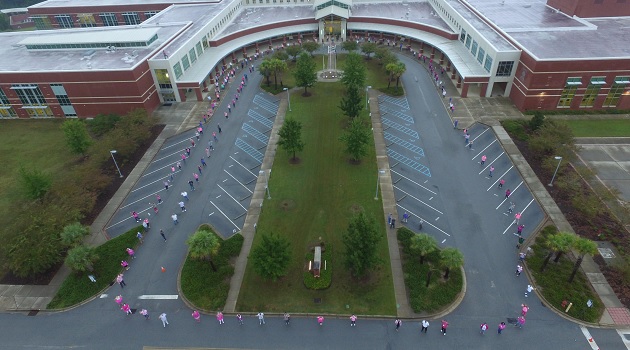 “EL Education opened my mind to the fact that students can lead their own learning and that character education is critical to the development of the total person,” said RBHS Principal Luke Clamp, Ed.D.

The hallmark of EL Education’s approach is an expanded definition of student achievement that combines student character and high-quality work with mastery of knowledge and skills. The EL Education Credential recognizes schools that attain remarkable impact in each of these areas through deep implementation of the model. The model is a blueprint for transforming instruction, assessment, leadership, curriculum, school culture and character, with the support of EL Education school designers.

In 2014, EL Education began recognizing schools that demonstrated high levels of implementation and achievement with a credential. EL Education defines achievement as mastery in three areas, all of which are associated with success in college and career:

Mastery of Knowledge and Skills — Students show evidence of proficiency and deep understanding of a subject, critical thinking, the ability to communicate clearly and application of their learning. Performance on state assessments over a period of several years is one measure.

Character — EL Education schools establish consistent schoolwide “Habits of Scholarship” (such as perseverance and responsibility), which are then tracked by students and teachers to provide evidence of growth over time.

“This ongoing work is on the shoulders of hundreds of faculty members and thousands of students — both current and former — who dedicate themselves to the implementation of this model. It is incredibly gratifying to earn this credential. It solidifies that, by working together, we accomplished this goal.”

RBHS will now mentor other schools that are implementing EL Education and seeking credentialing.

Photo: RBHS staff “circles up” to celebrate earning the EL Education Credential. Circling up is a key aspect of EL Education as it promotes collaboration and inclusivity.