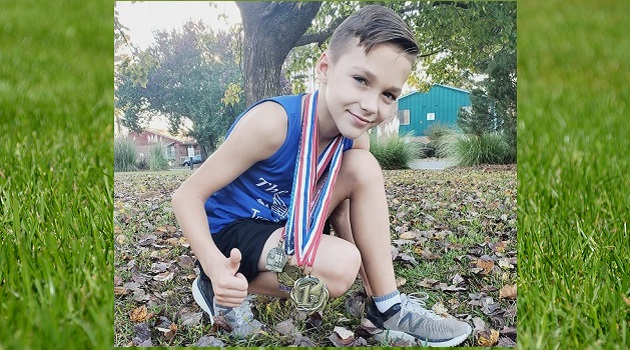 Eight-year-old Artem Temnenko recently won the USATF Cross Country Junior Olympics South Carolina State Championship in Newberry November 7, placing first for the 8 and under group in the 2K distance run. The win ranks him as the third fastest runner in his age group in the country.

“It feels very cool to be able to compete in Nationals,” Temnenko said. “I enjoy being a winner and I am looking forward to putting on my fifth medal.”

Temnenko loves art and playing with his siblings and friends but his parents say his true passion lies with running.

“He has been running cross country this season and has been dominating the competition and beating his time on every run,” Trameko Gray, Artem’s father, said. “When he gets on the field, he’s so focused it amazes his mom and I every time.”

Temnenko is a Ukraine native and has lived in America for almost two years. When he arrived in the United States he did not speak English, is now fluent in Russian, English and Ukrainian.

“We would like to congratulate Artem on his accomplishments,” said Seven Oaks Elementary Media Magnet principal Christian English. “He is a wonderful part of the Seven Oaks Elementary family and is as great in the classroom as he is on the cross country course. We are so proud to call him a Media Owl.”

Leaphart Elementary student Dorothy Hutchins will also be competing in the competition in the 9-10 age group.