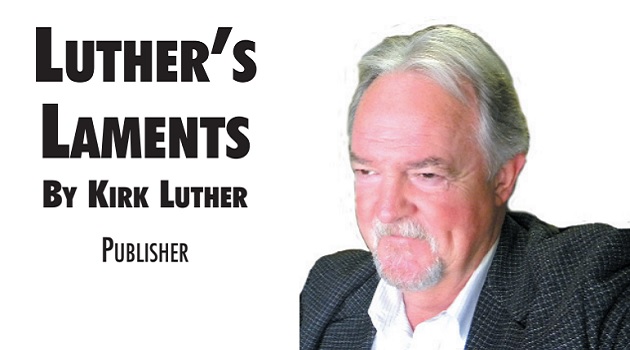 Stealing campaign signs: What’s up with that?

Every election season it’s pretty much the same thing. Candidates turn campaign donations into marketing to forward their chances of election by purchasing signs, literature and media advertisements. And every campaign season many of those candidate’s signs disappear from yards and businesses around town. One moment they are there and the next day they are gone.

One candidate here in Irmo has had no less than 15 signs disappear within the last month. The thefts are so blatant that one was actually taken from the candidate’s own front yard in the middle of the night. Fortunately, a neighbor has the latest Ring device on their door and identification is imminent.

There is no real benefit to other candidates when campaign signs are taken out of circulation. It tends to lead to pointing fingers of accusations and creating more tensions in an already charged atmosphere of pontificating participants. When signs are stolen or discarded the biggest loser is the voter who never really pays all that much attention in the first place. Reluctant voters don’t have any idea as to who’s running or for what. Signs may help give them a ‘heads-up’ to an upcoming election and hopefully relieve some of their general apathy when it comes to politics. Signs are part of the landscape for any race and are easily available to all candidates.

Most candidates are courteous and are granted permission to place signs on the property. Others not so much. The Town of Irmo removes signs that are placed in street right of ways or are where they could be considered obstructive. Stealing one sign is a misdemeanor and punishable with a fine and up to 30 days in jail while stealing multiple signs can be considered grand larceny with a much stiffer fine and jail time.

If an abundance of campaign signs is an indication of a candidate’s ability to raise more money than the competition then it’s a good thing for voters to know. Just by the volume of signage, it would appear that the individual is persuasive and could be a good choice for the seat.

Not all but most elections come down to popularity instead of actual qualifications or past achievements. Signs are not necessarily an indicator of popularity but they are sorely needed to help remind us that an educated choice is needed and that we are being called upon to exercise our right to vote.

Who doesn’t love seeing old buildings and vacant real estate covered in campaign signs with their witty slogans and gaudy colors? So to those that are so inclined quit stealing campaign signs and go do something useful like attacking candidates on Facebook or Twitter.  Hammer away at the candidates on Social media where it doesn’t cost them a dime but leave their signs alone. Or maybe even contribute to your candidate’s campaign and buy them some signs.