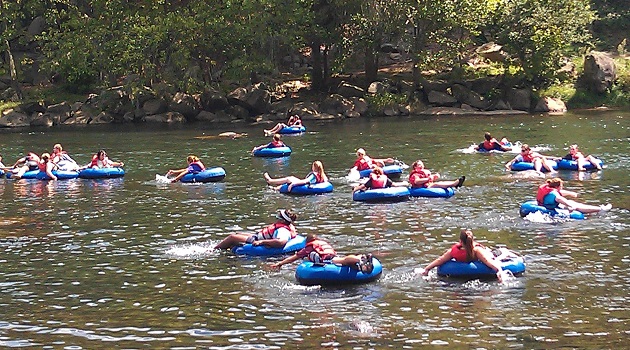 Eco-tourism is vibrant in the City of West Columbia.

In the last two years the number of people tubing down the Congaree River, to West Columbia’s Riverwalk. has increased by 65 percent. Tubers come from all over the United States for the opportunity to float, lazilly, in the cool and refreshing river water.

He also said visitors to this week’s Masters Golf Tournament in Augusta are coming to West Columbia first for a Palmetto Outdoor canoe trip at the near-by Congaree National Park. And Mayo said he is already taking booking requests for the upcoming tubing season. Weekend trips, with shuttle service, begin at the end of April and the schedule goes to full-time, seven-days-a-week, from Memorial Day until Labor Day.

Mayo said he is grateful to the City of West Columbia for providing access to the river via Riverwalk Park. West Columbia Mayor Tem Miles said he is thankful Mayo has utilized the park to attract visitors.

“We don’t have a better ambassador for the City of West Columbia than Michael Mayo,” Miles said. Miles, who takes tubing trips in the summer, said it is a unique experience that includes “the natural beauty of the river, ending up in an urban setting, where you can look over and see the South Carolina Statehouse. There’s nothing else like it.” 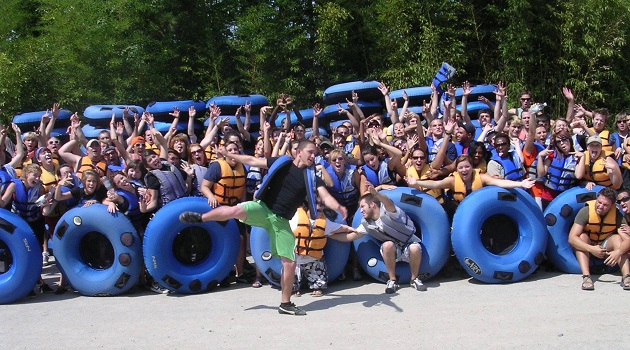 Because there is so much demand for tubing trips, Mayo is expanding.

“We have started manufacturing our own tubes, and we will have double the capacity in 2022,” Mayo said. “We have had as many as 500 in a day last year. We hope to have as many as 1,000 in a day this year.” Mayo said he is buying another shuttle bus, too.

In addition to marketing the river, Mayo has worked to increase awareness of West Columbia businesses and restaurants.

“We’ve developed a QR (Quick Response) code that shows visitors the options for dining, business, and accommodations in West Columbia,” Mayo said. “It’s not just about river tubing, we want to put heads and beds. We want to show off West Columbia and the surrounding area. We want to show them all we have to offer.

While planning your trip down the River, please include the free Rhythm on the River Concert Series. Visit the stores and the restaurants, breweries, and biergartens, too.