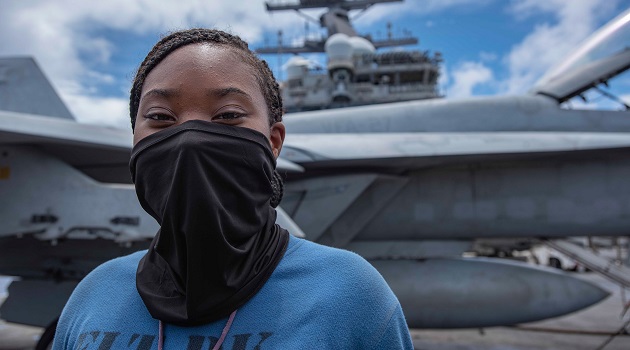 Lindsey is an aviation boatswain’s mate (handling) airman and maintains the movement and preparation of aircraft on the ship.

“I feel great about the operation and being a part of this movement,” said Lindsey.

Since the ship’s Yokosuka departure in June 2020, the Ronald Reagan continues to operate in the Indo-Pacific alongside allies and partners to demonstrate the United States of America’s commitment to defense agreements, as well as provide security and stability in support of a free and open Indo-Pacific region.