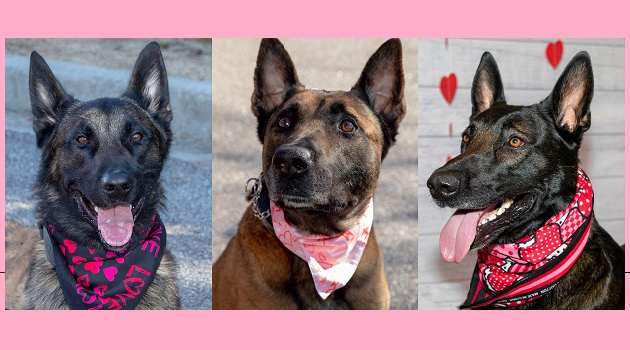 Of the two single-service dogs, one is trained to detect explosive devices. The other is an electronics detection K-9 capable of sniffing out memory cards, computer hard-drives, cameras and other devices used, for instance, in child pornography cases.

In addition to Belgian Malinois, RCSD K-9s include Dutch Shepherds, one English Labrador and an American Labrador.

Handlers for the pictured K-9s are Deputy William Taylor (for Kobe), Deputy Andrew Ellison (for Kane), and Deputy Sarah Merriman (for Rudy).