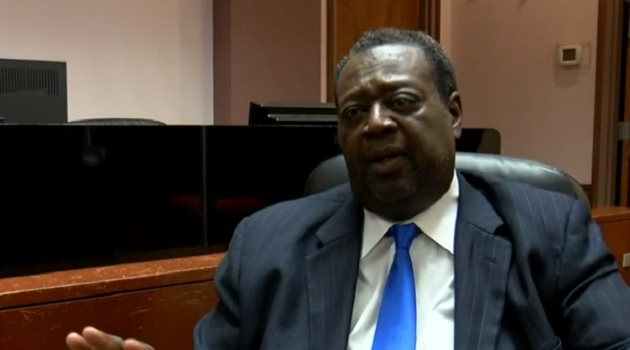 Walker at odds with council on disclosure

Irmo Council members and Mayor Barry Walker Sr. butted heads at January 18’s meeting over disclosure of the names of businesses and how much they received in the distribution of some $250,000 in relief funds.

Walker said he has signed a non-disclosure agreement seeking the information but has not received any response. He said he should have been informed.

Walker’s reference to the non-disclosure agreement prompted criticism from council members for bringing up an executive-session issue at a public council meeting.

The Irmo Future Growth Corporation, which distributed the funds, did not reveal the businesses’ names and amounts in accordance with agreements at the time of the distributions.

Erik Sickinger, who serves on the IFGC board along with Councilman Bill Danielson, said that agreement was reached when it was determined that it could spark disagreements and dissension among the businesses about who benefitted the most from the allocations. He said the names of the businesses are available, but not the amounts allocated.

Sickinger said that decision could change, in view of all of the dissension that has surfaced about accountability.

The council appeared to be leaning toward more accountability at the meeting with the first-reading approval of an ordinance that would require recipients to submit an expenditure accounting report if awarded any money from the town of Irmo.

A lot more awards are coming.

The town recently invited non-profits to submit a request for relief allocations that would come from a large sum of relief funds now available from a pandemic relief fund. Town Administrator Courtney Dennis said the town has already received around a dozen applications.

Walker sought approval to award the HeartEd Youth Zone $200,000. He made a motion but did not get a second.

Earlier in the meeting, Akil Ross, founder of HeartEd, who was recently named superintendent of Lexington Richland District 5, voiced appreciation for the town for any support it could provide.

After the failed vote, Councilman Kelly Busch said HeartED would likely receive funds, but the council needed to review all applications before deciding on how much should be allocated. The council is expected to review the applications at an upcoming work session.

In other action, the council gave first reading approval to an ordinance giving a zoning designation of single-family residential to an annexed area of 7.7 acres on Salem Church Road near Muskrat Run. The property is expected to be developed as a residential site for 24 to 30 homes.

One nearby resident cautioned the council the area does not have the infrastructure to support large housing development.

The council approved a Memorandum of Understanding with the S.C. Judicial Branch in the amount of $53,000 for software support and hosting services, and $3,500 annually for the system service and support of the Statewide Court Case Management System.

The council approved the appointment of Arthur McLaine to the Zoning Board of Appeals.

The council recognized David’s Fine Jewelry as the January Small Business of the Month.

The council also received an update on continuing progress on the Friarsgate Skate Park.