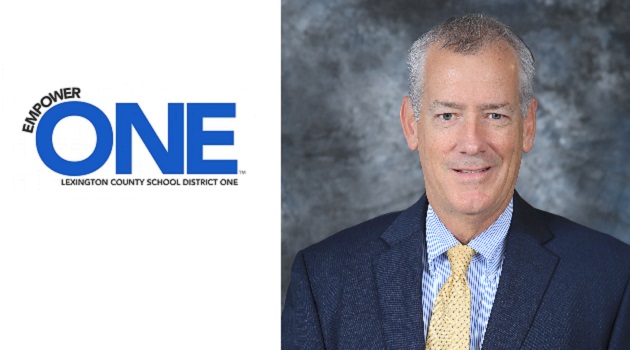 White Knoll High School Principal Edward (Ted) L. Daughtrey announces his retirement at the end of the 2021–22 school year, after 42 years in education. Daughtrey joined Lexington County School District One in 2016 when hired to lead WKHS.

Of his career and retirement, Superintendent Dr. Greg Little said, “Ted is a dedicated, caring leader with an incredible career in education. With 42 years in education — 24 of those years as a principal — we are thankful for his leadership and commitment to White Knoll High and Lexington District One. Ted was the first principal I hired when I came to this district, so we’ve grown here together. I will always appreciate him.”

In 1978, Daughtrey began his career in education by stepping into the classroom as a teacher at Norfolk Public Schools in Norfolk, Virginia. In 1980, he left the classroom for a short time, working as a field representative for Atlantic Nuclear Services in Virginia.

Daughtrey came back to the education profession in 1982 and spent 16 years serving as a teacher, dean of students and assistant principal for Norfolk Public Schools. In 1998, Daughtrey was hired as the principal of Granby High School in Norfolk, where he served until 2016. During this time, Daughtrey improved Granby High’s on-time graduation rate by 8%, improved the promotion rate of first-time freshmen by 20%, and implemented and facilitated data analysis discussion to improve teacher and student performances.

Daughtrey was awarded the NPS Most Outstanding in Leadership and Vision Inspiration Award in 2001.

In 2016, Daughtrey joined the Lexington District One family as principal of WKHS. During the past six years at WKHS, he implemented a collaborative, leadership culture with the goal of maximizing student performance and implementing strategies that improve areas of need.