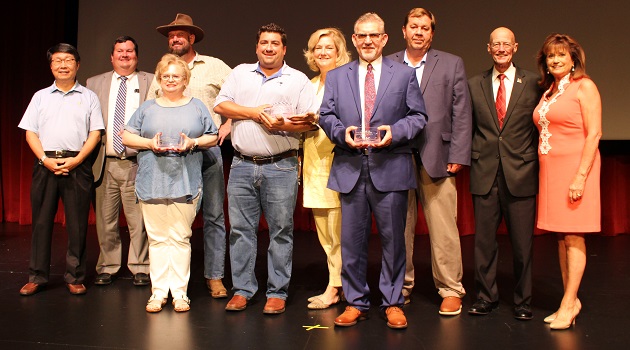 The Capital City/Lake Murray Country (CCLMC) Regional Tourism Board’s Annual Meeting and 40th Year Celebration was held Thursday, August 12th. The meeting provided an opportunity for the tourism community and political allies to learn what the organization accomplished this year in promoting tourism and economic development in Richland, Lexington, Newberry and Saluda counties.

“Capital City/Lake Murray Country has created some pretty big waves this year and has gained strong national media attention through the numerous events from fishing, sailing to media writers and various water sports events in the region. The message we continue to spread is we are THE destination for outdoor recreation, which is perfect during this time in our nation,“ said Miriam Atria, President/CEO of the organization.

The organization’s marketing investment for the year was $681,047. This investment represents 54% of the budget and an estimated marketing value of $168,625,272. In addition, over 162 articles were published about the region and being named a “Top Southern Destination” by Forbes finished the year on a very high note.

CCLMC looks forward to hosting the Bass World Championship event in October 2022, as this year’s event was postponed due to international travel restrictions.

“The Bass World Championship will generate well over 2800+ room nights and we can’t wait to show off our region to these international fishing teams, their families and fans,” said Atria.

Awards were presented at the Celebration. Adam Huneau with Alodia’s Cucina Italiana, Michael Mayo with the Palmetto Outdoor Center, Scott Sawyer with the City of Newberry and Scott Middleton received “Tourism Advocate of the Year Awards.” Dean Sinatra, with American Land Holdings, was named Partner of the Year and Randy Walston was recognized for his longevity as an outgoing board member. Lastly, Beth Wilhide was presented with an award recognizing Scott Wilhide for this volunteerism; he passed away in March.

2021-08-17
Previous Post: Jeff Herring to run for school board
Next Post: Two School Board Trustees back Haley Griggs