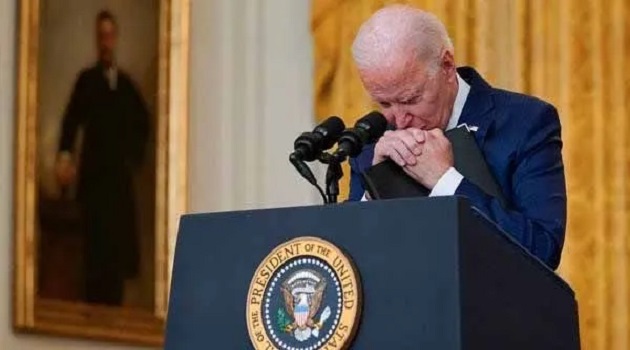 Congressman Joe Wilson has issued the following statement calling on Joe Biden and other administration officials to resign after putting American families at risk:

“American families are more at risk of a terrorist attack than ever before. August 31, 2021 is a day of infamy. The Biden administration’s unconditional surrender in Afghanistan has put the US back to where we were before September 11, 2001, susceptible to murderous attacks. Between this crisis and the crisis at the southern border, which I gruesomely saw this past weekend in Del Rio, Texas, this administration has consistently undermined the defense of American families.

“And on this day, a deadline established by the Taliban, the United States of America left hundreds of Americans and thousands of allies to face a murderous fate. As a Member of Congress who has traveled with Joe Biden to Iraq and Germany, I believe he knows this is catastrophic. This failure of leadership is the reason that I am calling for the resignation of Joe Biden and Kamala Harris and for the firing of Secretary of State Antony Blinken, Defense Secretary Lloyd Austin, and National Security Advisor Jake Sullivan. When this withdrawal results in an attack at home and the murder of American families, it is clear that the current government will not be able to respond responsibly. This is not peace in our time. The Global War on Terrorism is not over; instead, it has moved from Afghanistan to every neighborhood across America.”