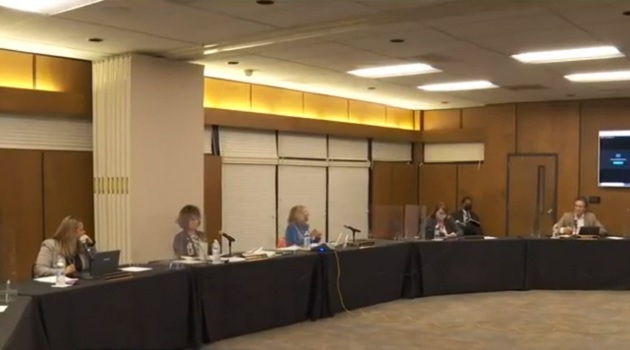 Students in grades 7-12 were officially scheduled to temporarily return to a two-day per week hybrid learning model beginning Monday (Dec. 7) at the direction of the school board. Those students were attending in-person classes four days per week.
Students in grades 4K-6 will continue to attend school in person 4 days per week.

At a special called meeting Dec. 2, the board voted 6-1 in favor of the hybrid plan recommended by Superintendent Christina Melton, a plan that trustees failed to approve at a meeting two days earlier. That inaction, which occurred when board members said they needed more data, prompted an outcry of protests from students and teachers.
Board member Nikki Gardner cast the only dissenting vote at the Dec. 2 meeting.

Gardner said she supports teachers 100 percent but noted the community is divided on how to deal with the re-entry.

“Going hybrid is not a magic bullet,” she said.

The board also approved the district’s plan to make the last two days before winter break (Dec. 17 and Dec. 18) distance learning days for all students in the district, including 4K-6 grade students.

The concerns about student safety increased as quarantines jumped from 273 the week of Nov. 12 to 532 just before Thanksgiving, officials said. COVID cases have been reported at 22 of the district’s 23 schools.
Chapin, Dutch Fork, and Irmo high schools were all closed Dec.1 as a safety precaution because of a high number of staff and teachers requesting leave, according to a news release.

“The decision to temporarily close school buildings to students is being made out of an abundance of caution for school safety as several schools experience a sudden increase of staff absences on Tuesday,” officials said.
But some blame the closings on teacher and staff outrage after Monday’s board meetiing when the board adjourned without taking action on the superintendent’s request.

In an update on the district’s reentry plan, Melton scaled back a planned return to a more normal schedule because of rising levels of staff shortages and quarantines caused by the COVID-19 pandemic.

But several board members wanted more data on each school in the district. Melton and the district staff provided a lot of that information at the Wednesday meeting.

A large gathering of students gathered outside of the district office building during the meeting, many demonstrating support for the scaled down re-entry plan.

“Face to face is not safe,” said one protest sign. Another said “We deserve better.”

But there has also been a call from many residents to return completely to face-to-face instruction.

District officials will to continue monitoring a changing environment.