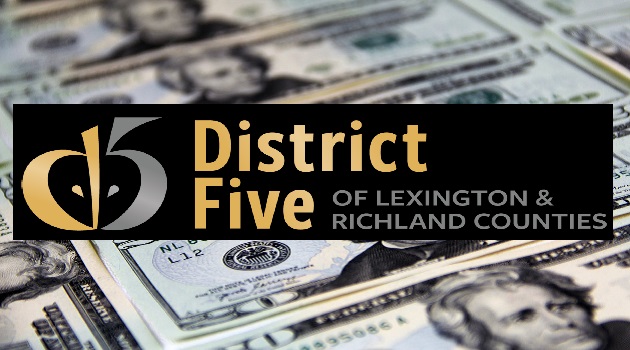 Lexington-Richland District 5 is expected to receive about $940,000 from the federal CARES (Coronavirus Aid, Relief, and Economic Security) Act, according to an announcement at Monday’s District 5 School Board meeting.

District officials are now examining how the funds should be used to lessen the impact the Coronavirus has had on the school system. A spending plan will soon be submitted to the board for review.

The district is now developing a staff and teacher vaccination plan in coordination with local health providers. The plan is expected to be presented soon.

Board Chairwoman Jan Hammond said there is a great deal of “learning loss” from the pandemic. She said the district may need to spend money on mental health issues.

District officials reported a successful virtual recruitment fair February 6 as nearly 200 people logged in and more than 1,000 contacts were made during the fair. The district so far has received 340 applications.

The recruiting event was one of 25 held this year.

In other action, board members expressed concern about an issue discussed in executive session regarding recruitment of substitute teachers. The district’s recruiting service was granting payment as high as $500 a day for some of the teachers.

Board member Ed White said there was no legal input on the issues from the district’s attorney, nor any presentation by the procurement office. But the board was still asked to approve the ratification of a contract

“I don’t know what we are doing,” White said.

Superintendent Christina Melton apologized for not having more information available, noting she was ill for a few days before the meeting and unable to make some of the necessary preparations.

The board agreed to put off the ratification of a contract until the April meeting.

The board voted to make the district’s new Piney Woods Elementary School in Chapin a School of Choice for students in the district. The school is scheduled to open in the fall.

The board held a discussion on possible ethics issues arising from a board member’s association with vendors serving the district.

An advisory opinion issued last month by the state Ethics Commission says board member Ken Loveless is prohibited from visiting the Piney Woods Elementary School site or reviewing work related to the projects because of the ties between his firm and Contract Construction, the company that is overseeing the project.

Loveless advised the board that he has agreed to recuse himself from any board action relating to the site.

“There couldn’t be a bigger heart on the board than his,” she said.