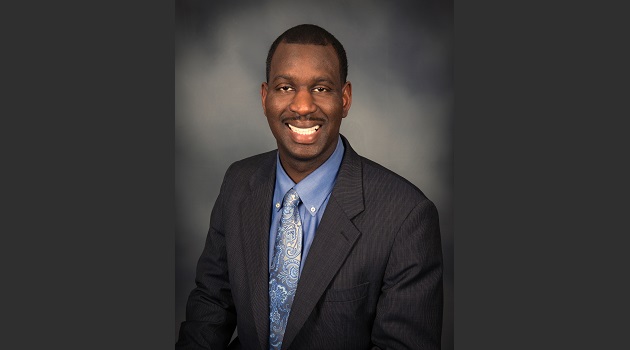 A Lexington-Richland School District Five school leader has been named among the top principals in the state by the South Carolina Administrators Association (SCASA).  Dr. Gerald Gary, principal of Dutch Fork High School, was named the 2021 South Carolina Secondary Level Principal of the Year, during a surprise announcement at his school on December 10.  Gary has served as the principal of Dutch Fork High School since July 2017.

“We are excited to announce that Dr. Gerald Gary has been named the SCASA Secondary Principal of the Year,” said Beth Phibbs, Executive Director of the South Carolina Association of School Administrators. “He is an extraordinary leader who sets high academic standards for all students at Dutch Fork High School and has created a supportive family environment for students, parents, faculty, and staff.”

School District Five Superintendent, Dr. Christina Melton, said, “Educational researcher Dr. John Hattie challenges us to Know Thy Impact, and Dr. Gary is a proven leader who has made an impact on Dutch Fork High School and School District Five. Under his leadership, Dutch Fork High School has gained state and national recognition for academics, state awards in athletics and honors for both his students and staff. We have #PrideIn5 for all that Dr. Gary has done and will continue to do for the District Five community. Congratulations, Dr. Gary.”

Gary began his career in education teaching eighth grade language arts at Blythewood Middle School in 1999. After three years there, Gary spent a year as lead teacher at Blythewood Academy and three years at Summit Parkway Middle School as an assistant principal. Before becoming principal at Dutch Fork Middle, Gary spent eight years as an elementary school principal in Kershaw County and at Leaphart Elementary in School District Five.

Under the leadership of Gary, Dutch Fork High School was named a Palmetto’s Finest School in May 2020. Gary was also named South Carolina’s 2017 Middle Level Principal of the Year by SC Association of School Administrators (SCASA).

“I am absolutely honored by this recognition,” Principal Dr. Gerald Gary said.  “For me this is a testament to what we have here at Dutch Fork, and there are no words to describe the absolute pride in our Fox Family. I am thankful for the wonderful support of our entire community, and proud to represent them and principals across the entire state!”

Gary was selected from an outstanding field of administrator candidates by a veteran panel of judges, SCASA officials said.