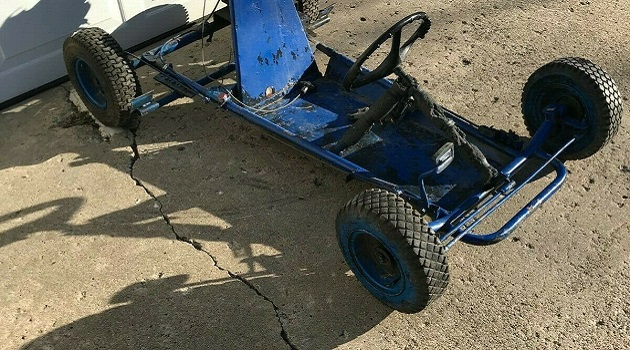 Driving with a Charge: First attempt at an EV

I have alwqys been ben fond of electric cars so when I was 12 years old I assembled one out of cast off parts.

In one aspect it was a success but In three ways it was a failure. My EV started with a go-kart frame to which I attached a long shaft FORD V8 starter motor with solenoid, chain drive to the axle and an old 6 volt battery.

The success came when I sat on it, switched on the solenoid. It took off like a rocket very fast!

Now for the failure part it had only one speed wide open! It had no speed control, no brakes and the steering was far too sensitive! So I went for a wild ride around our yard that terminated in my wiping out my mother’s prized rose bushes.

So by parential decree that ended that experiment.