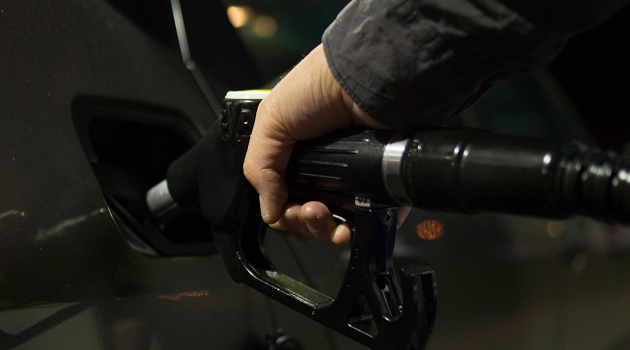 Inflation and the Gas Pump

Costs for everyday products and services continue to rise and Americans are suffering as a result.

Sadly, it is very clear that U.S. inflation has reached a 40-year high of 8.5 percent this year. This is an astounding figure and one we all feel in our pocketbooks.

Unfortunately, due to the extremist leftwing borrowing and spending policies of Biden and the Democrats, there are no signs that these price increases are slowing down.

In the last year we have all experienced price increases for everyday items, including:

It is not uncommon for a can of soup on the shelf to be marked 65 cents, but at check-out, it registers at $1. A Dollar Store had all merchandise at $1 until Valentine’s Day, but now, all merchandise is $1.25.

These are just a few of the many examples of how inflation has affected everyone’s wallet, but perhaps none is more damaging than the price of gasoline.

The national average for a gallon of gas hit an unbelievable all-time high on May 20th of $4.59. This figure is up nearly 50 cents from the previous month and up over $1.50 from this time last year.

Biden has admitted that higher gas prices are part of an “incredible transition,” which when over, “we’ll be stronger…and less reliant on fossil fuels.” This just promotes his unrealistic, mythical dream world.

Not done yet, JPMorgan, the multinational financial services company, projects the price of gas to surpass $6 a gallon this summer.

Research estimates that American households will spend $5,000 a year on the fuel, representing more than a 75 percent increase from a year ago.

Tim Stewart, President of the U.S. Oil and Gas Association, a trade group representing oil and natural gas industries, recently said “We’re in the greatest, probably the most challenging energy crisis we’ve been in in 50 years” and “…this administration has no strategy to help us get out of it.”

This is unsustainable for families and must end.

Why Are Gas Costs Continuing to Rise?

In 2020, the last year of Donald Trump’s presidency, America was energy independent as an exporter of petroleum for the first time since 1949.

Unfortunately, during the first week of the Biden presidency, this began to unravel. Not only did he kill the Keystone XL pipeline, which could be supplying over 800,000 barrels of oil a day from Canada to U.S. refineries, but Biden also issued an executive order suspending all oil and gas leasing on federal lands and waters. One downside of this means that we are relying on foreign energy sources to meet our needs.

Congressionally, Democrats continue to stifle American energy production, having recently blocked consideration of the American Energy Independence from Russia Act, which would help in lowering gas prices by:

What must be done?

Due to policies pushed by Biden and Democrats, everyday Americans are left to suffer the consequences. In order to reduce gas prices and support U.S. national security, Biden should:

South Carolinians and all Americans need relief from these crippling costs, and I remain focused on supporting legislation to alleviate the pain we are all experiencing due to Bidenflation.

I am grateful for the opportunity to serve the people of South Carolina’s Second District and will continue to be accountable and accessible, maintain safety with law enforcement, promote jobs, and help make our lives and communities stronger.

Joe Wilson is a member of the U.S. House of Representatives serving South Carolina’s 2nd District