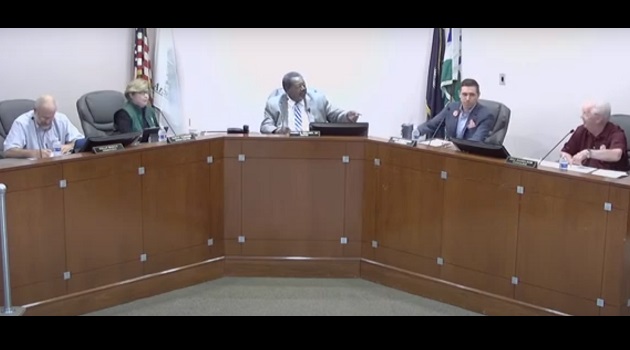 The Irmo Town Council handed out some big money Tuesday in appreciation of employee loyalty and in recognition of the work performed by the Greater Irmo Chamber of Commerce.

Irmo employees will receive a $1,500 Christmas bonus this year in appreciation for their loyalty during the pandemic that did not have a major impact on the town’s workforce.

It’s a much larger bonus than the usual allocation of  $250.

The council also approved a measure to award the Greater Irmo Chamber of Commerce $20,000 in appreciation for all the work the chamber has done for the town. The town had previously appropriated $10,000 to the chamber.

The council did not support a measure proposed by Mayor Barry Walker Sr. that would require businesses receiving assistance funds from the town to explain how the money was spent.

The measure states that any release of funds from Hospitality Tax, Accommodation Tax, American Rescue Plan Act (APRA) or Town of Irmo General Fund more than $10,000 to any non-profit or business shall be required to submit a detailed report. The report shall be required to include the amount of funds received and a detailed accounting of all expenditures associated with the funds

The majority of council members agreed that such an ordinance is unnecessary. How businesses use the funds should not have to be disclosed, since some businesses would rather not go into such details, council members said in a discussion of the ordinance.

But Walker said it is a logical question: “How was it spent?”

The ordinance failed by a vote of 4 to 1, with Walker casting the only vote favoring the measure.

Irmo expects to save money in the long run with Tuesday’s approval of a new, 10-year billing contract with Dominion Energy that provides for the conversion of 22 street lights from HID to LED. The lighting would be brighter and cost less over the years

The council gave second and final reading to an ordinance rezoning property on Muskrat Run Road from general residential to fringe agriculture.

The council also gave second and final reading to an ordinance that puts the town of Irmo in compliance with the S.C. Business License Tax Standardization Act.

The council approved the purchase of a Caterpillar 415 Backhoe Loader from Blanchard Machinery in the amount of $82,966. The loader replaces the current 2004 Volvo Backhoe Loader.

The council also approved the purchase of a Walker 27 hp Riding Mower from Hilton’s Power Equipment in the amount of $16,353.90. The mower replaces a 2005 mower that is mechanically inoperable.

The council approved the acceptance of a grant award from the S.C. Department of Public Safety in the amount of $11,300 for five new computers for the police department.

The council approved another grant from the safety department for $68,400 to replace 12 police radios.

Ramco Framing and Design was named the October Small Business of the Month.

During the presentation by citizens period, one Irmo resident advised the council that the town is currently unsafe for bikers because of the lack of safe, protected bike paths. She urged the council to consider new measures to make the town more biker-friendly.