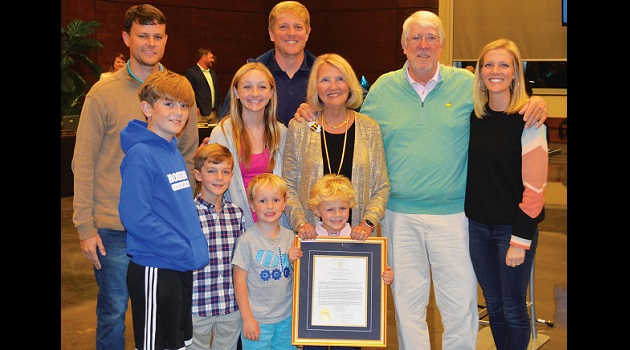 In: Letter to Editor, Opinion

Last night wasn’t the end of Jan Hammond’s involvement and love of District 5. As long as she has breath she will be an advocate for the children, parents, teachers  and staff of D5.

It started in 1973 (before a lot of her critics were born or hadn’t heard of this district) when then-superintendent WC Hawkins called Jan and offered her the job of teaching a course called ‘Values Clarification’ and coaching the varsity cheerleaders.

In 1980, after 7 years of teaching, she decided to stay home and raise our 2 children at that time and later number three came along. Then her involvement began in earnest…SIC, PTSO, D5 Education Foundation, “Mom Squad’, volunteering whenever and wherever she could. She was constantly involved. And, all along the way she was being told, “you need to run for school board.” So when our last child graduated from Irmo high in 2002 she decided to run. And, won handily!!!

Jan soon found out that not everyone shared her passion and that others’ agendas didn’t match hers. Yes. Jan had an agenda: to be accountable to everyone in D5 and to ensure the best for the students, teachers and staff of the district. She found out about disloyalty, distraction and outright lying about her which caused her to be narrowly defeated in 2006. Unlike me that would have just said the ‘heck with it’, she was re-elected in 2008. With the same tactics again, she was narrowly defeated in 2012. So, she ran again and won in 2014 and 2018. Through it all Jan has been in the minority 4-3, 5-2 and at times 6-1 as she tried to be the only voice for transparency and accountability.

Some of the candidates running this year don’t want to focus on the past…talking about the procurement audit. Jan has been asking for that since the 2008 bond referendum. But being in the minority it never came up. Now we have it and the voters better make sure the incumbents win in the next few days!!

Selfishly, I’m glad she has stepped down.

But I know how she’ll miss it. She won’t be able to stay away and she’ll make her voice heard. She loves this school district more than anyone I know.

“Thanks Sweetie, for who you are and what you’ve done. I love you.”