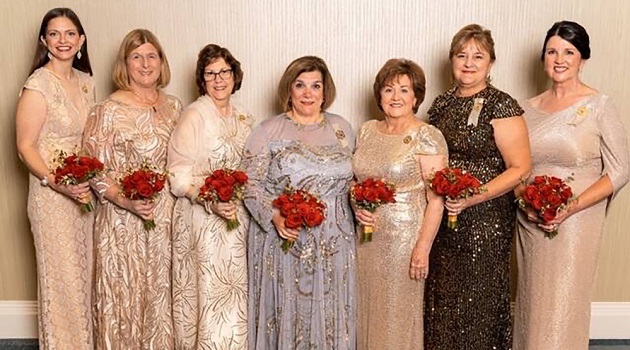 Katie Jones Moydell, of Irmo, was installed as director of Junior Clubs of the General Federation of Women’s Clubs in New Orleans, Louisiana, earlier this summer, for a two-year term extending from July 2022 through June 2024. During her tenure, she will travel to the organization’s headquarters in Washington, D.C., to complete federation business.

As Director of Junior Clubs, Moydell will serve as coordinator and liaison for state federation directors and hold a seat on the club’s strategic planning committee, among other responsibilities.

Founded in 1890, General Federation of Women’s Clubs address issues affecting the well-being of women, children, and families. With clubs in every state and several countries, today’s nearly 70,000 members work strategically to draw attention to and prevent the persistent problems of domestic and sexual violence and child abuse. Members also undertake a wide range of community impact programs, including support of the arts, advancement of education, preservation of the environment, promotion of health and wellness, and engagement with civic affairs.