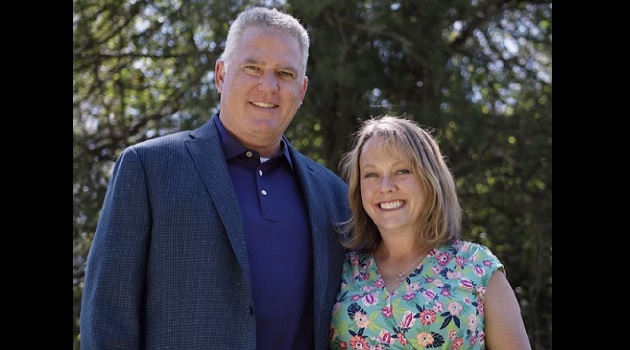 Several weeks ago, Jay and I made the decision that we would run for office. “We,” you ask? Yes. But just the running part.

About a week from the filing deadline, we decided that we better pray after several people asked Jay to run as a true conservative candidate to replace our retiring Rep. Chip Huggins. Many friends, neighbors and two of the most conservative members of the state house, who also represent Lexington County, urged us for a week to run. A LOT OF PRAYER.

Every day for the week before the filing deadline, we got on our knees and prayed for God to either open the doors in an obvious way or slam them shut.

I secretly hoped maybe the doors would slam. It seemed intimidating to put ourselves “out there” for the world to judge, or at least for Chapin and Irmo to judge.

What we’ve witnessed with the overreaching federal government in the last few years has been far more menacing. We decided our personal comfort was less important than standing up for what we believe in.

I resolved to do everything I can to help Jay win this race because I know in my heart that Jay is the right man for this job at the right time.

First, Jay is a very successful businessman. We know that there could be opposition to our businesses, but God has always provided, even during the hard times faced during the COVID-19 pandemic.

When I met Jay in 1992, he was a beverage manager at a hotel working about 80 hours a week. He was paying his way through college and sometimes would sleep in the storage area without going home before his next shift.

He has never shied away from hard work. To this day you will see Jay setting the example for our employees. There is not a job beneath anyone, in order to succeed you must be a great team player and treat everyone with dignity and respect.

When I hear the phrase “people person,” I think of Jay. For many people, it is a cliché. Jay has such a passion for people and a genuine heart for service.

He enjoys playing in the worship band at our church, he has helped launch a ministry for widows – cooking mercy meals – and contributes to organizations like A Moment of Hope and Daybreak Crisis pregnancy center. He has hosted “front porch roll calls” for local law enforcement and “Thank You” dinners for the Lexington County Sheriff’s Department.

Jay has happily served on numerous boards such as Habitat for Humanity and the SOAR Christian soccer youth league right here in our community. If there is a need, Jay always does whatever he can to fill it while creating more relationships along the way. That is why he has received so much support for this campaign. Even further than we would have ever believed.

This year, we celebrated our 25th wedding anniversary. It has not always been perfect or easy as any married couple knows. Outside of God, Jay is my rock. He is an amazing father to our children and I am proud to call him my husband.

Jay is thoughtful, kind, patient and understands that there are times to push back in harmful and dangerous situations. We need a man that loves God, his family, community and is a man with a spine.

We need Jay to push back against this ever-encroaching cultural rot into our beautiful state of South Carolina. Jay isn’t just talk, he’s made a difference in our state and community.

Please join “we” in electing Jay for our District 85 State House seat on June 14th.

Jay is so excited about the opportunity to serve the people of Chapin, Irmo and our state. I hope you will join us on Tuesday, June 14th in the Republican Primary.