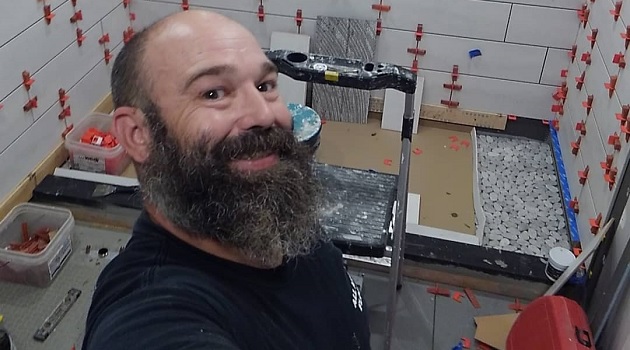 Michael Lutz – All Around Flooring

Michael Lutz joined the Air Force in May of 1995. He became an E3 and served in Korea under a hardship temporary duty. His duty was to reopen the Kwangju Air Force Base which had been closed for years.

Lutz served as runway and airplane security during his deployment. He was stationed with an anti-aircraft missile unit from the Army and a Marine unit that was in charge of surface-to-air missiles.

After serving for three years Micael returned to Columbia and worked in commercial flooring for a year and a half. Teaching himself the ins and outs of the tiling trade and, confident in his ability, he started his own company and hasn’t looked back. He began taking classes from professional national tile councils and has earned his TCNA and NTCA among other certifications. He is currently working on his CTI Certification that enables professional tile installers to provide industry-recognized proof of their abilities.