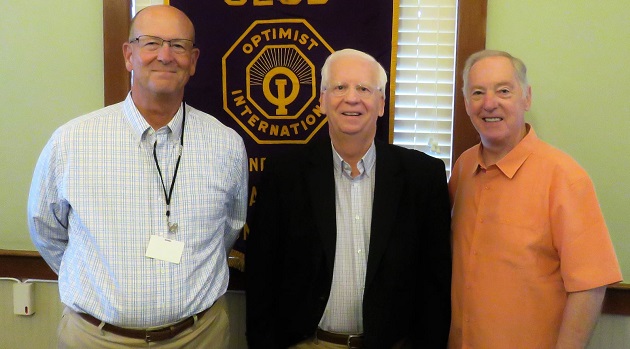 Irmo Town Councilman Bill Danielson, currently running for reelection, spoke on October 1 to the Optimist Club of St. Andrews-Irmo. Councilman Danielson highlighted both near- and long-term issues that challenge the Council.

Near-term, Mr. Danielson described a climate in which small businesses are struggling to remain intact and viable under difficult Pandemic-related circumstances. Many of those businesses that have thus far survived are dealing with downturns that began suddenly and are now lingering. The Council is now concentrating on restoring those businesses back to economic health, using what resources are available.

Looking to the future, Councilman Danielson described the “Irmo Main Street” project that is being studied. With Federal Pandemic relief-related funds beginning to flow back into the community, the Council foresees the potential of adding more vitality to the town. The project would develop a corridor from Woodrow Street to Irmo Town Park, using a route that today is mostly a dirt road. That corridor would then attract a variety of retail, dining, and entertainment businesses and would also extend broadband service from the Woodrow Street area to the Town Park. Councilman Danielson pledged to remain active in the discovery process, leading to an action plan.

The Optimists just transitioned to a new Board and President. In the photo (L-R) are incoming President Mike Myers, Councilman Danielson, and outgoing President Alan Taylor.