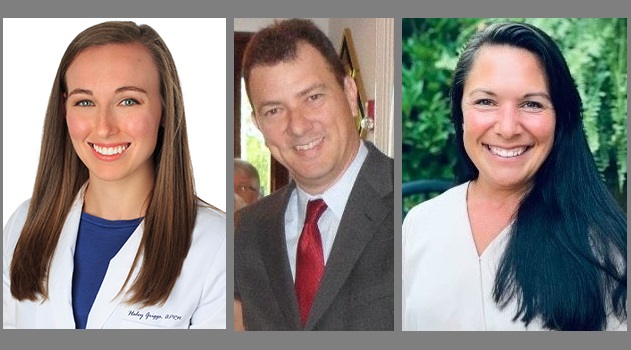 Three candidates are seeking a seat on the Lexington-Richland School District 5 school board in a special election scheduled for Oct. 12.

The election comes after some turmoil on the board following the unexpected resignation of former Superintendent Christiana Melton. Her sudden departure prompted White to resign from the board, citing problems with how the current board had treated Melton.

A fourth candidate to announce for the seat, USC student, Joshua Lazenby, has withdrawn from the race.

Here’s a look at the candidates.

Herring, a local businessman and community volunteer, is a graduate of District 5 schools and the father of a Spring Hill High School senior.

“I’m running because I care deeply about our community and because I honestly feel I can do a great job if given the opportunity,” Herring said in an announcement of his bid.. “I believe I have the qualifications, the dedication and the work ethic to make a meaningful difference.”

Herring said he has three main goals as a board member: ensuring student safety is always a board priority; keeping schools strong by focusing on students’ and teachers’ real classroom needs; and improving fiscal oversight to prevent costly mistakes and protect taxpayer dollars.

According to recent news reports, Herring, a financial consultant, believes his background will help him in managing money and balancing the budget.

Herring made an unsuccessful bid for a district seat in the past.

Moore, a mother of three children attending schools in the district and the wife of a district teacher, has served on the PTO at Crossroads Intermediate School, held a position on the School Improvement Council at Dutch Fork Middle School and served on the World History Textbook Adoption Committee for the district.

In a statement posted to Facebook after she announced her candidacy, Moore has emphasized the need to work together with school board and community members to support teachers and students.

“With the challenges and community division during the past year, I want to be a part of the solution,” Moore said. “I’m level-headed, trustworthy and non-partisan with no motivation other than to serve our community. My goal is to bring transparency and sensible decision-making to the school board with a keen focus on supporting all of our students in District Five and the outstanding professional educators and staff in Lexington-Richland Five.”

Moore has been endorsed by former board member Ed White.

“Tifani Moore is an independent voice who will put the needs of ALL children first,” White said.

“Tifani understands that her role as a board member is not to micro-manage the administration,” Gantt said. “She will allow the Superintendent who has the years of experience and education needed to manage the day-to-day operations of the school district.”

In her announcement, Griggs said a major concern for the District 5 community is having ongoing in-person instruction throughout the school year.

“As a Nurse Practitioner at South Carolina Internal Medicine, in Irmo, I look forward to being able to contribute knowledge that will allow for smooth processes and will assist in helping to achieve this goal,” she said.

“As a district parent, I promise to remain invested in our children’s education and I promise to do what is best for our district. I believe that together, as a board, we will work with our new superintendent, Dr. Akil Ross, towards a bright future.

In an interview with The Irmo News Griggs said what prompted her to run were friends in the community who thought she would be good for the job because of her involvement in district activities and her work in the health field. It’s the first time she’s run for public office.

Griggs has received endorsements from current board trustees Jan Hammond and Catherine Huddle.

In her endorsement, Hammond said, “Haley Griggs has the kind of fresh perspective we need in members of the school board. “I am excited about the future with Haley and her background as a medical professional. Her pertinent experience makes her an ideal member of the District Five School Board.”

“I’ve been involved in civic activism in our community for quite a while and Haley Griggs is exactly what we need on the District Five School Board,”  Wessinger said.