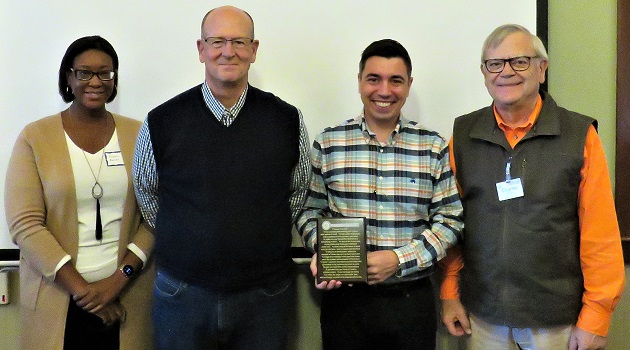 Milos Vasiljevic, Principal Program Manager for the Carolina Crossroads project, spoke on October 29 at the St. Andrews Optimists’ breakfast meeting. Prior to assuming his present position, Vasiljevic had been heavily involved in a similar undertaking in Phoenix and in a bridge reconstruction in New York City.

The speaker mapped out the five phases that will unfold, one at a time, through the estimated completion of the final phase in 2029. There are three objectives of Carolina Crossroads:

1. Reducing congestion which at the same time will enhance safety.

2. Reducing lane changes, particularly those that involve very quick changes of two or more lanes. An example comes to mind of a westbound driver on I-20 who needs to access a lane on I-126 with very little time to make that transition. In this example, there would be three lanes involved in less than a quarter of a mile.

The first phase involves a rework of the Colonial Life/I-126 interchange, with a three-year estimated duration and a Spring, 2022 starting timetable. The second, beginning in the Summer of 2022 will focus on the I-20/Broad River Road area. All told, the economic impact for the Midlands will be more than 1,300 jobs created and more than $800 million spent.

Vasiljevic also noted that there will be additional ground-level lanes necessary, rather than elevated roadways.

Pictured are Kayla Bailey, Media Consultant for the project, Club President Mike Myers, Vasiljevic, and speaker host Charles Elfert who presented the speaker with a copy of the Optimist Creed.