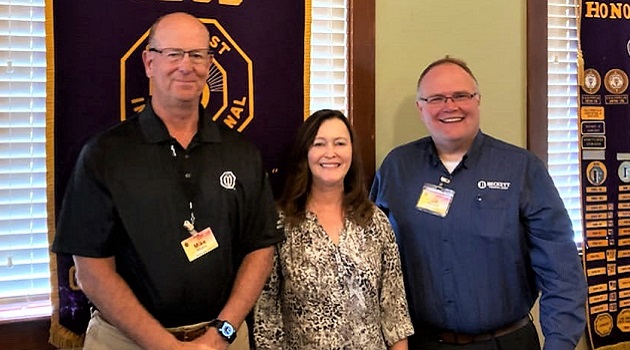 Optimists learn about the Philharmonic

The St. Andrews Optimist Club’s speaker for September 9 was Rhonda Hunsinger, Executive Director for the South Carolina Philharmonic. This is the Philharmonic’s 58th season. Hunsinger having served it for the past 25 of those years.

The 2022/23 Masterworks series of performances, all to be held at the Koger Center for the Arts, will consist of six concerts. The overall theme, woven through the series, will be “State of Mind,” where concert attendees are encouraged to leave the worries of the day behind and to be immersed in the theme for an evening. The series begins October 8 with a concert titled Beethoven & Blue Jeans.
There is currently an offer available that will enable new patrons to subscribe to the series for a 50 percent cost reduction.

There are also programs striving to reach youth in underserved communities so the experience of musical performance can be less limited by financial or educational realities, or by geographical remoteness.
Through a program created and sponsored by Carnegie Hall, fourth and fifth graders are bused in to the Koger Center to hear performances customized for their learning. Prior to their visiting the Koger, they are given recorders and are taught locally how to accompany what will be performed. Then from the audience seating at the Koger, they “play along” with the Philharmonic.

Pictured are Club President Mike Myers, Rhonda Hunsinger, and speaker host J. B. Beckett, who presented the speaker with a copy of the Optimist Creed.