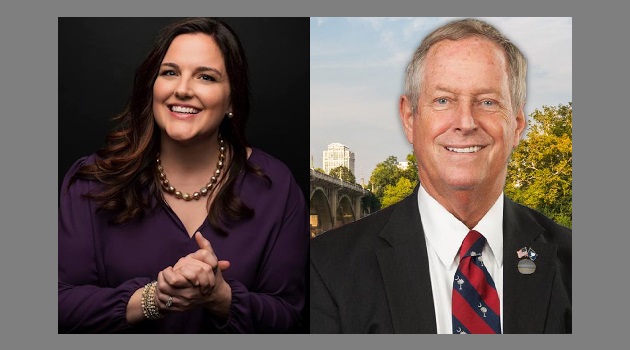 Lexington County School District One’s Center for Law and Global Policy, in partnership with the Center for Media Arts, Design and Production, WIS News 10, and The Post and Courier, will hold a debate between Republican Congressman Joe Wilson and Democratic Challenger Adair Ford Boroughs.
Both are running for one two-year term in the 2nd Congressional District of the United States House of Representatives.
The only face-to-face debate between the two candidates occurs on Tuesday, Oct. 20, 2020, at 7 p.m. in the Performing Arts Center at River Bluff High School. There will not be a live audience.
WIS Anchor Judi Gatson and The Post and Courier Reporter Avery Wilks will serve as moderators, while students from The Center for Law and Global Policy will ask the candidates questions designed to highlight the candidates’ qualifications and positions on key issues.
At the same time, WIS News 10 will work with students from the Center for Media Arts, Design and Production to broadcast the debate simultaneously on television and social media.