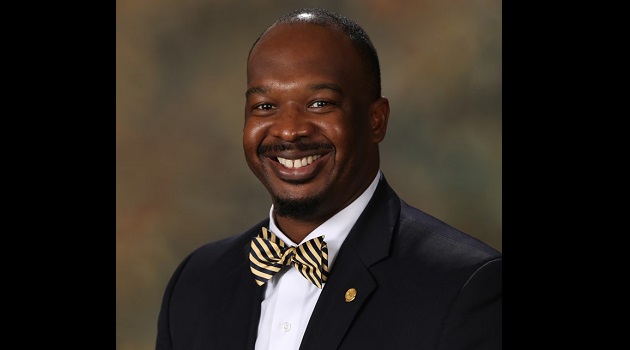 It was no surprise.

Akil Ross who has served Lexington-Richland District 5 as “interim” superintendent since July of last year, was officially chosen as the permanent superintendent during Monday’s school board meeting.

Ross was considered the front-runner for a job trustees considered offering him without competitive interviews. But Ross insisted district leaders do a search to ensure they were hiring the most qualified person.

Asked about his mission as superintendent, Ross said it’s all about caring that students will succeed.

“I want to make sure every child felt loved,” he said.

He said he plans to have measurements in place that would serve those students in need of help. That will require looking at data on all students.

As many teachers struggle to stay on the job during the pandemic, Ross has already put into place several measures designed to offer assistance, financially and academically. The district is now utilizing experts in the teaching field to assist when problems arise.
District 5 Board Chair Jan Hammond has great expectations that the district will have outstanding leadership under Ross.

“He’s smart. He’s got all of these ideas,” she said in an interview with The Irmo News.
While the board has gone through some difficult times in the past, Hammond said Ross will provide the leadership needed for a harmonious board. All of the board members have confidence in him.

She said the board was unanimous in its vote.

According to an announcement made by the district, Ross’s new contract lasts until June 30, 2025, and provides a salary of $210,000 annually. He’ll officially take the title on February 1, when the new contract goes into effect.

Ross began his 20-year education career as a teacher and coach at Eau Claire High School in Columbia. He came to District 5chool District Five from Richland School District One in 2005, where he first served as assistant principal and then principal at Chapin High School. He was named National Principal of the Year in 2018.

Melton was widely respected, but at times she was at odds with board members about restrictions on school attendance due to Covid19. Her sudden departure prompted former board member Ed White to resign in protest of the way she had been treated by some board members.

Ross said he does not anticipate any future controversies or conflicts with the board.

He said the district’s approach should be to move on “with what we agree on,” and not with issues that foster disagreement.

2022-01-12
Previous Post: Having painted for over 60 years, an artist finally shares his work
Next Post: Covid Relief Grants