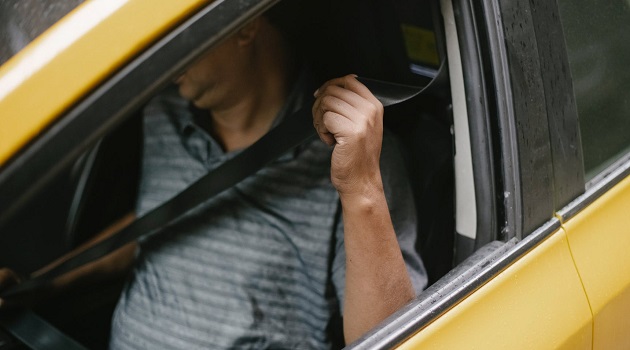 You’ve read it before in this space: Seat belts save lives. But let me give that statement some weight: Between 2015 and 2019, seat belts saved more than 69,000 lives. That means 69,000 seat belts prevented families from grieving the loss of their loved ones for decades to come.

Buckling your seat belt should be automatic. It should be the first thing done when you get in the car. As law enforcement officers, it is our greatest wish to spread the message about the importance of seat belt use, and remind people that seat belt use isn’t just a suggestion, it’s the law.

We ask drivers across the country to please make buckling up an automatic habit. Whether you ride in the front seat or the back, and no matter which car seat or booster seat your child may use, everyone’s seat belt should be buckled every trip.

The action is so quick and so basic — and it can save a life.

In addition to increased patrols and zero-tolerance enforcement, I want to leave you with these quick facts about the dangers of unbuckled driving:

YOUTH: Young adults in particular seem to think they are invincible in vehicles. Unfortunately, they are dying at a disproportionate rate because they are not wearing their seat belts.

MALES: Almost twice as many men are dying in vehicle crashes compared to women, and they are wearing their seat belts less often.

PICKUP TRUCK DRIVERS AND PASSENGERS: Many pickup truck occupants think that they don’t need to wear their seat belts because they believe their large vehicles will protect them in a crash. However, the numbers from NHTSA tell the truth: 58% of pickup truck occupants who were killed in crashes were not buckled up. That’s compared to 43% of passenger car occupants who were unbuckled when they were killed in crashes.