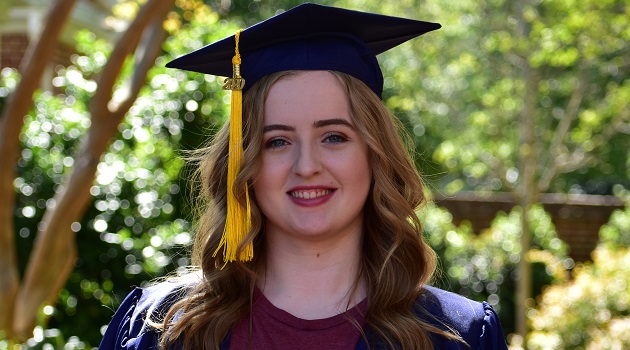 As the largest class ever, 267 top students from across the country have won Stamps Scholarships, joining a network of individuals committed to leaving an impact on their local and larger communities.

Sierra Batson of Irmo has been awarded the Stamps Scholarship and will attend the University of South Carolina beginning in the fall of 2020 and plans to study mechanical engineering.

Selected from more than 263,000 applications, the 15th class of Stamps Scholars was chosen by their universities and colleges for their academic excellence, leadership experience, dedication to service, and exceptional character. For these students, the total value of their Stamps Scholarships will be worth up to around $44 million, with each attending one of 34 partner universities across the country.

At most partner universities, the Stamps Scholarship covers up to the total estimated cost of attendance for four years of undergraduate study and also includes enrichment funds that Scholars can use for academic and professional development, ranging from study abroad to internships to independent research. In recent years, Stamps Scholars have used their funds to conduct scientific research in Antarctica, volunteer at a girls’ shelter in Peru, study abroad in Jordan, attend a medical Spanish program in Ecuador, and much more. Stamps Scholarships are also awarded to select rising juniors at several colleges and universities, including the US Military Academy, the US Naval Academy, the US Air Force Academy, the University of Chicago, and Dartmouth University.

“Through our partnerships with these great universities and colleges, we are able to support some truly outstanding young people as they pursue their goals. By creating community among them via our conventions and networking, we help them connect with others across the country and around the world with similar goals and aspirations. This year’s group of new students join us at a time when our alumni network has grown stronger and more capable to be leaders in innovation across STEM, humanities, business, and other fields,” said Roe Stamps, founder and chairman of the Stamps Scholars Program.

Continued engagement from the Stamps alumni network beyond graduation offers many benefits to current Scholars, including one-on-one mentorships with alumni who are professionals in the workforce, as well as virtual panels and Q&A sessions regarding graduate programs, career building, and fellowships. In January of 2020, a group of Stamps Scholars from various partner schools across the country enjoyed a behind-the-scenes visit to Washington, D.C., as organized by an alumna currently working at the White House complex.

Stamps Scholars are also among the recipients of prestigious awards including Fulbright, Gates Cambridge, Goldwater, Marshall, Rhodes, Truman, and Schwarzman Scholarships. Stamps alumni work with top companies and organizations such as Google, Goldman Sachs, and NASA and are pursuing graduate degrees at prestigious institutions such as Harvard University, the Massachusetts Institute of Technology, Stanford University, and the University of Cambridge.