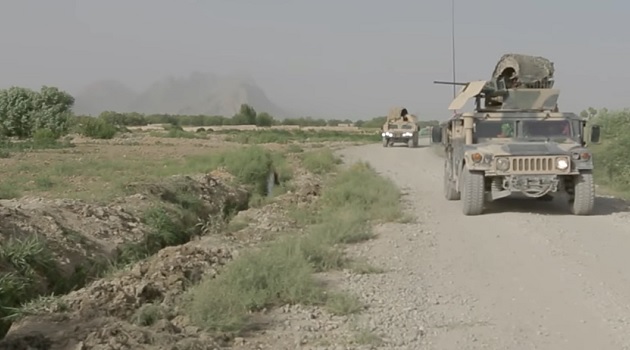 Strategic incompetence in the fall of Afghanistan

Like many Afghan war veterans, I have watched the rapid Taliban seizure of Afghanistan with much deep emotion. I left my wife and three young children for a 15-month combat mobilization as an infantry officer adviser to Afghan National Security forces fighting the Taliban. I was fully prepared to give my life, as were the other veterans who served there. Some did not return, and many returned with wounds seen and unseen. During my time there primarily as the senior United States military adviser to Helmand Province, many of our Afghan allies were killed or wounded. As the Taliban sweeps into the places I served and has seized the capital within weeks, I cannot remain silent. I do not believe this had to happen, and the Biden administration made some catastrophic mistakes. Let me explain.

First, the Taliban followed a seasonal pattern of fighting throughout the War in Afghanistan. They primarily fought from late April with what we called the “Taliban Spring/Summer Offensive” to peak fighting by August tapering until around late October. They didn’t completely stop fighting, but during the late fall and winter, the Taliban pulled back to Pakistan or went quiet in remote locations. In a criminal lack of judgment, Joe Biden announced and began the unilateral American withdrawal at the start of the fighting season in April. Even worse, Biden planned the complete pullout during the height of the Taliban offensive in August. This meant that the most substantial change of the war, the removal of critical American support, was made at the height of the Taliban surge.

What should have happened was a conditions-based plan to withdraw U.S. forces during the winter. The withdrawal should have been complete by the start of the Taliban spring offense (Trump set a date of May 1). Additionally, the Afghan National Security Forces should have been set up for success to fight without the support they relied upon for two decades. We should have kept a few thousand Americans in place during the first fighting season on standby, to be withdrawn the next nonfighting season. Those Americans would allow the Afghans to completely and solely execute the fight, though with access to air support. Those Americans would also ensure American equipment did not fall into the hands of the Taliban.

We should not have withdrawn from Bagram Air Base until the absolute end of American presence, and yet withdraw early on. The Kabul Airport is unique in being in the middle of the city, and therefore it is vulnerable to being overrun by refugees if the Taliban came toward Kabul. It is also in a vulnerable position due to the terrain, allowing it to come under indirect artillery and direct fire from high ground. It has limited runway capability that can easily be put out of commission. Bagram is only 40 miles away and in a secure location with multiple runways. Bagram would have allowed support to the Kabul airport, including ferrying people by helicopters back to Bagram. Instead, the Kabul airport appears to be overwhelmed with refugees and our troops and embassy staff in a vulnerable position near the Taliban. Additionally, we kept thousands of terrorist prisoners at Bagram who were released when we left. Those fighters have helped take Kabul and pose a threat to the U.S.

Another mistake was in not developing a conditions-based plan that relied on the threat of punishing the Taliban if they violated conditions set. That punishment would have included massive airstrikes against Taliban formations and the targeting of Taliban leadership. Instead, the Taliban are creating havoc in their advance, murdering surrendering commando troops, murdering pilots, murdering civilians associated with helping Americans. We should not be tolerating this travesty of human rights. It will only get worse, and we will be forced to watch and suffer humiliation. We knew the Taliban was a criminal organization and should have been ready to prevent this catastrophe.

As a result of the mistakes, we all face a heightened terrorist threat. A reason I volunteered for Operation Enduring Freedom was due to the terror emanating from Afghanistan on September 11, 2001. That’s why most of us sacrificed in Afghanistan, with many giving their lives. The Taliban will likely allow terror groups to again operate and plan attacks against America. Now, they will have China as an ally to help fend off Americans coming back.

This catastrophe demands accountability, starting with the Biden administration. After Americans withdrew from Vietnam, South Vietnam held out for over two years before falling. Afghanistan has fallen within weeks due to incompetence. Interestingly, then-Senator Joe Biden voted against providing South Vietnam promised support before Saigon fell. He has learned nothing and created a much worse situation with this lack of judgment. America and her allies deserve much better.

Bill Connor is a 1990 Citadel graduate, 30-year Army infantry colonel (ret.) and combat veteran. He is a writer and attorney and lives in the Charleston area.