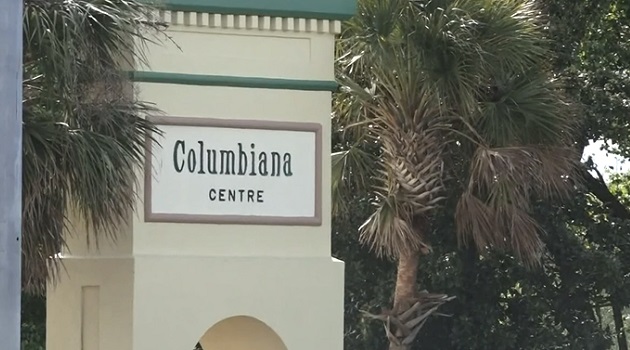 Suspect in mall shooting back in jail

One of the participants in Saturday’s mall shooting at Columbiana Centre where 14 people were injured was brought up on new charges and placed in detention again by Columbia Police. Jewayne Price was originally arrested on Saturday when he turned himself him and pleaded he was acting in self defense. He bond was placed at $25,000. He was released with an ankle monitor and told to stay away from the mall.

Facing Judge Jessica Magnum in Columbia Municipal Court on Tuesday, Price was denied bond and charged with nine counts of assault and battery of a high and aggravated nature, attempted murder and unlawful carry of a firearm. The assault charges carry a maximum of 20 years apiece and the attempted murder charge could go as high as 30 years.

Price was arrested in 2018 for his involvement in the murder of 17-year-old Amon Rice. He was released after a Grand Jury failed to press Accessory Before the Fact charges against him prompting Richland County Sheriff Leon Lott to refer to it as a ‘catch and release’ and asking the courts to do better.

Another alleged participant in Saturday’s shooting was Marquise Robinson who faced the same charges as Price. A third suspect is currently being sought by law enforcement for his involvement in the shooting.

Amari Sincere-Jamal Smith, 21, is wanted by US Marshalls and Columbia Police and will face similar charges as Price and Robinson when detained. Anyone with information is encouraged to contact law enforcement by calling 877-WANTED2. Tips are strictly confidential and a $10,000 reward is being offered.

The shooting began around 2 pm on Saturday in the Gap store near the food court inside Columbiana Centre. Customers at the mall ran for the exits resulting in five injuries while 9 people were reported with gunshot wounds. All were treated and released by local hospitals.

Columbia Police Chief Skip Holbrook referred to the shooting as an isolated incident that was the culmination of an ongoing conflict between the individual shooters. Law enforcement is continuing to investigate the incident.