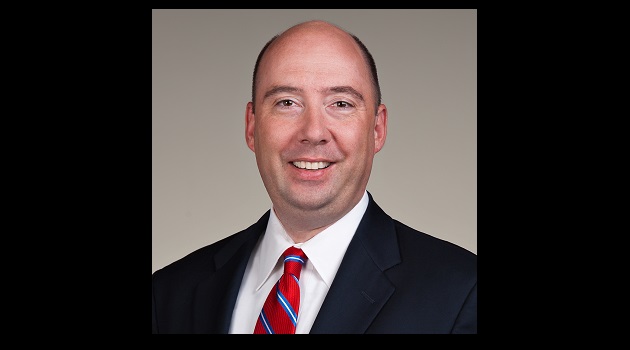 Stegmaier is a lifelong resident of the Irmo-Chapin area. His campaign is focused on the real issues that affect the everyday lives of citizens living in Irmo and Chapin. Specifically, Stegmaier’s platform is focused on:

• Roads and infrastructure. As new development springs us around us in Irmo and Chapin, many of our two-lane SCDOT-owned roads like Highway 6, Highway 76, and Highway 176 are outdated and underfunded. Traffic is ruining our way of life in this area. Our roads need immediate attention. Stegmaier pledges to work to get the funding needed to improve and expand our roads and infrastructure.

• Lower and flatter state taxes. Every dollar counts in this era of unprecedented inflation. As a business owner who pays both corporate and individual taxes, Stegmaier states he is acutely aware that families and working people in our district need relief.

• Public safety and criminal justice. The recent violence at Columbiana Center only heightens the need to support our law enforcement agencies to make Irmo and Chapin safer. As well, Stegmaier states we need to amend our laws to create no-bond circumstances for persons charged with violent crimes and extend sentences for repeat offenders.

• Education. Not only do we need to fully fund our K-12 education, including paying education professionals the salary they deserve, Stegmaier is focused on making 2- and 4- year college education affordable by insisting tuition and fees be indexed to middle class incomes. The costs of going to USC and Clemson, as well as our other state schools, is putting an entire generation of South Carolina college students and their families into tremendous debt.

Stegmaier is a believer in term limits and pledges to serve no more than 8 years as a House member: “Washington went back to Mt. Vernon after 8 years and he was America’s greatest president. He set the standard for service.”

Stegmaier is a product of District Five schools (Nursery Road Elementary/Campus I Middle School/Irmo High School). Stegmaier is an Eagle Scout and was a member of Troop 333, which was sponsored by Dutch Fork Christian Church in Irmo. After graduating Irmo in 1990, he graduated the University of South Carolina with three degrees (BA, Political Science; MPH, Public Health Administration; and a Juris Doctor).

After law school, Stegmaier clerked for The Honorable Ralph King Anderson, Jr., Judge of the South Carolina Court of Appeals. From his clerkship, he joined the law firm of Collins & Lacy, one of the largest business defense litigation law firms in South Carolina. Christian is in his third decade of law practice and is serving as the firm’s managing partner.

Stegmaier represents hotels, restaurants, clubs, and retailers who do business in South Carolina. Additionally, he is external general counsel to one of the largest providers of residential and vocational services to persons with developmental disabilities and special needs in this state. Further, he is a skilled appellate advocate, having made approximately 45 appearances before the South Carolina Supreme Court, South Carolina Court of Appeals, and Fourth Circuit Court of Appeals in Richmond.

In addition to his practice, Stegmaier holds the rank of Major and is the Staff Judge Advocate of the South Carolina State Guard where he commands the JAG Detachment. The State Guard, which is under the command of the Governor and the Adjutant General, is the force multiplier for the National Guard, law enforcement, and emergency services in times of emergency. Christian is proud to wear the uniform of our state.

Stegmaier also has served as a member of the adjunct faculty of the nationally acclaimed College of Hospitality, Retail, and Sport Management at the University of South Carolina. Teaching Hotel & Restaurant Law, Christian has been in the classroom for many semesters and has seen first-hand the stress that the high cost of tuition and room and board has on many South Carolina families.

Christian is married to the former Paige Ingram Long, a senior actuary and graduate of the Honors College at Clemson. Her family traces their roots in the Dutch Fork back to the 1700s.

Christian and Paige are the proud parents of two children, Grace and Ella. Grace is a graduate of Chapin High School and is a freshman at the Honors College at Clemson, studying finance and accounting. Ella is a sophomore at Spring Hill High School and is very interested in design and hospitality.

The Stegmaiers live in Hilton. They are members of New Hope Lutheran Church in Irmo where Christian has served as president of the congregation.

“My life has been about service. I’m not running against anything or anybody. Instead, I’m running for the people of House District 85, to serve them as best I can,” says Stegmaier.