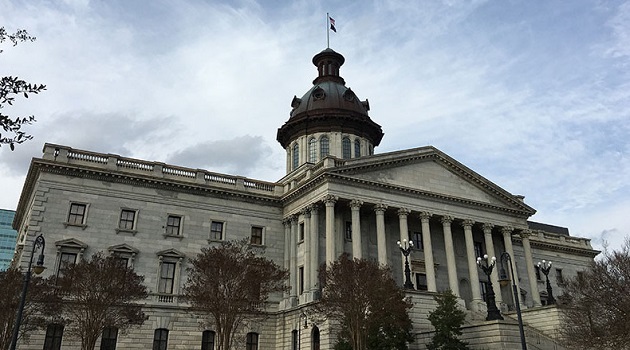 By the time you read this update, the SC House will have adjourned Sine Die, or the end of the 2021-2022 regular Legislative Session. There is work still left to complete and so we will come back to Columbia in the coming weeks and into the summer.

If you haven’t seen the news headlines, last week was marked by the Compassionate Care Act legislation, otherwise known as the medical marijuana bill, on the House Floor. A point of order was raised by an Upstate Representative based on a House Rule and the State Constitution. Our Constitution requires any measure that raises or creates a tax to originate in the chamber closest to the people – the House. Since this was a Senate bill and contained a tax, the Presiding Officer was obligated to rule it out of order as he did. There was an appeal and House members voted on that appeal. Narrowly, the appeal was denied as the majority of my colleagues understood the significance of following our constitution and the duties of both House and Senate. While I voted against the appeal (meaning I voted to uphold the ruling the bill was out of order), I was disappointed we did not get the debate we were looking to have. Many of you continue to let me know your support of the bill, and I agree with you. Years ago, I would have been against it; but as I learned more, researched more, and listened more, I came to the conclusion I would support the bill. I expect a House member will file a similar bill next year that won’t be ruled out of order, and we will finally get a debate in the House and a vote.

Restructuring DHEC
As your Representative, one of my goals is to make government and its agencies run more efficiently. My committee (House Ways and Means) met last Thursday to discuss a bill that, done right, will do just that by breaking up the South Carolina Department of Health and Environmental Control. Senate 2 is a bill that will (as of July 1, 2024) break DHEC into:
the Department of Behavioral and Public Health (which will be the public health arm of the current DHEC) and,
the Department of Environmental Services (which will be the environmental side of current DHEC)
The Department of Mental Health and the Department of Alcohol and Other Drug Abuse Services will be operating as usual until the Department of Administration reaches its conclusion on how to incorporate these departments, and the General Assembly votes on it. This legislation passed out of House Ways and Means and I suspect by the time you read this column, will have passed the full House.

Cutting Taxes in SC
During this year’s session, the House passed an impressive state income tax overhaul that restructured our state’s convoluted and outdated tax bracket system. It provides significant relief to almost all taxpayers with a focus on relief for the working middle-class people. Once fully phased in, this plan will cut over $1 billion in taxes for South Carolina taxpayers and exempts all military retirement from taxable income.

S. 1087 was the Senate’s response to our tax plan. When comparing the House and Senate plans, our plan saves more money for more South Carolinians. That is what matters. We are not focused on just bringing down the top tax rate, but rather, we are focused on collapsing the middle rates to help hard-working middle-class people – where most South Carolinians find themselves. This is why during a meeting of the full House Ways and Means Committee on Thursday, the committee voted to strike the Senate language and insert our tax plan, sending it to the Floor for a vote. I believe the House will approve our plan again and we will have a conference committee in the coming weeks to iron out the details of a plan both chambers can approve.

I look forward to getting the chance to support this legislation, which will significantly lower state income taxes for the majority of South Carolinians.

Since we are now out of regular session, I will start campaigning to earn your support again to return to Columbia for another term. With Representative Huggins (House District 85) retiring, I’m more determined than ever to assure we maintain my experience in office to continue to guide you and your families through issues with state agencies or to improving our quality of life. I also look forward to working with the winning candidate to replace Rep Huggins next year. As you know, I never endorse locally – so be sure you educate yourself on the candidates offering to serve you and our community here in Chapin and Irmo.

Our large signs are out at business supporters and soon you will see the individual yard signs popping up in your neighborhood. If you would like to show your support of People, Not Politics – please let me know and I will personally deliver a sign to you.

Thank you for the honor and privilege to serve you in Columbia in House District 71! Please call my office 803-734-2969 or home 803-834-4613 anytime. You can also email me at [email protected].. Please put CONSTITUENT in the subject line so that I can more quickly return your email.