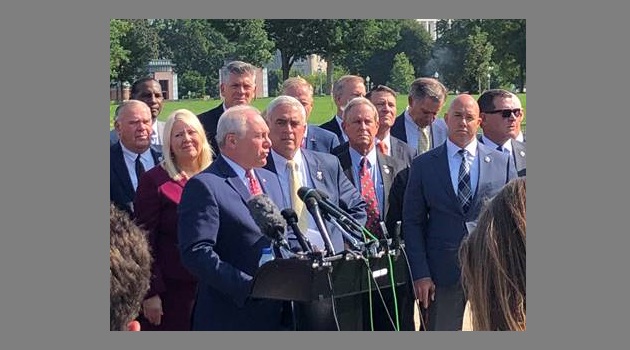 Congressman Joe Wilson participates in a press conference on Afghanistan

Congressman Joe Wilson, Senior Member of the House Foreign Affairs and Armed Services Committees, participated in a press conference on President Biden’s withdrawal from Afghanistan. He released the following statement:

“I am so grateful to Whip Steve Scalise, Congressman Brad Wenstrup, and my other Republican colleagues for condemning President Joe Biden for his catastrophic betrayal of American service members, allies, and civilians. It is clear that there were no concrete plans to prevent the Taliban from taking over the country and now Americans and our Afghan partners are suffering the dire consequences.”