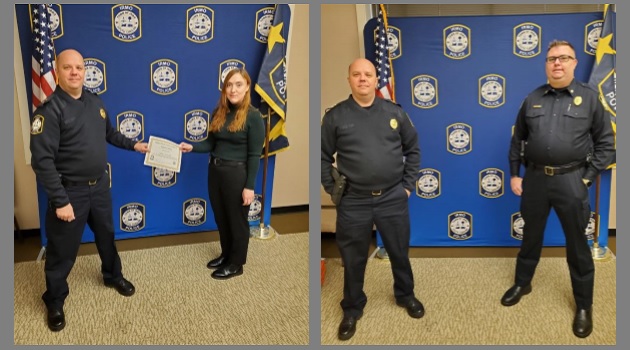 Chief Dennis has announced a long-awaited restructure to the department’s organizational chart. As we begin 2021, an Investigator position has been added to the Criminal Investigations Division. Senior Patrolman Miranda Payseur was promoted to the position of Corporal-Investigator. Investigator Payseur has spent the past two years in the Patrol Division and was selected as the department’s Rookie of the Year in 2019.

Additionally, Captain Bobby Dale was promoted to the rank of Major. Major Dale is the Assistant Chief of Police and has been with the department since 2003. Chief Dennis stated, “over the last 15+ years the number of officers per capita hasn’t budged, but the technology & gear officers use and the training they get have increased significantly.”

“With the changes in the rank structure, this allows for potential growth of personnel as needed for our much-growing Irmo Community in the years to come”, said Chief Dennis.