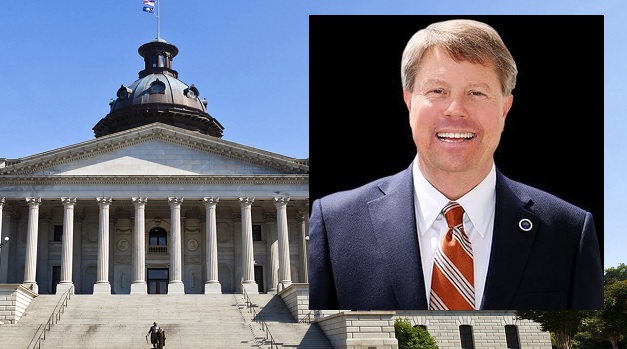 Huggins to retire from house after 23 years of service

State Representative Chip Huggins, serving District 85-Lexington County, will not seek re-election and has announced his retirement from the South Carolina House of Representatives after more than twenty-three years of service.

Rep. Huggins states that, “What a blessing and honor it has been to serve my community and our state and I look forward to what the future holds”.  Rep. Huggins will enjoy more time with his family and has recently welcomed his first grandchild. Huggins made his announcement on Tuesday morning at the Greater Irmo Chamber of Commerce ‘Coffee Talk’ held at Stars and Strikes entertainment center in Irmo.

House District 85 Representative Chip Huggins has announced he will not seek re-election in November. On Tuesday morning, Huggins made the announcement at the Greater Irmo Chamber of Commerce ‘Coffee Talk’ held at Stars and Strikes in Irmo. “It is one of the hardest decisions of my life,” said Huggins. “We prayed a lot over it.”Huggins was elected in 1998 and has served on many committees including the Ways and Means Committee. He has sponsored many bills throughout his political career such as the ‘America First’ energy policy bill that would reopen the Keystone pipeline and a bill to authorize the use of experimental drugs and treatments for pandemic patients. Huggins is a conservative Republican and has ran unopposed a number of times during his campaigns.