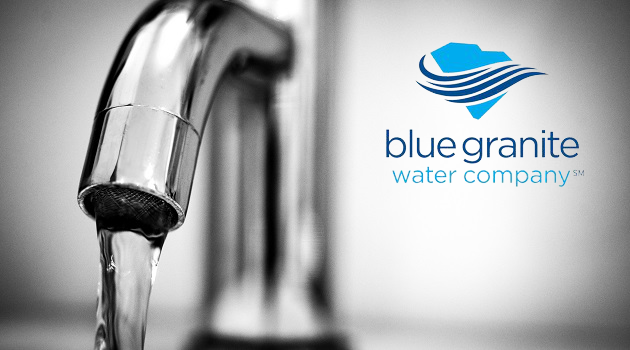 The Irmo Town Council appears to be backing down from a take over of Blue Granite sewer services.

Contracting with a consultant to do a feasibility study on the move was considered a major first step for the town to take on the complicated task of buying out Blue Granite and providing sewer services for Irmo residents. But at Tuesday’s meeting the council voted down a proposed $29,957 contract with Hybrid Engineering to conduct the study.

“We’re biting off more than we can chew,” said Councilman Bill Danielson.

Mayor Barry Walker Sr. cast the only vote favoring the study. After the meeting he cited his concerns about flat rate fees charged by Blue Granite that did not take into account actual volume of use.

The town was considering the takeover because of a long history of customer dissatisfaction with Blue Granite’s services and high fees.

The town recently requested that Blue Granite provide the average cost of customer services if it converted to volumetric rates instead of flat fees. The company provided those numbers, which showed an increase in monthly rates instead of a decrease.

The reason it would be more costly is all of Blue Granite’s other customers are assessed a flat fee, and breaking Irmo out of that process would be costly to the company,

Walker said those rates are unacceptable.

Councilman Erik Sickinger noted Blue Granite “is doing a much better job today” than it did before the council started putting pressure on the company. While the rates are still high, the company has spent millions on improvements in the system.

Councilman Kelly Busch said the town should wait a while longer before considering a take-over and see if Blue Granite continues to make things better.

Council members also noted the Public Service Commission is well aware of the problems with Blue Granite and has held rate increases much lower than Blue Granite has requested.

Council members also noted new federal and state funds are becoming available that could be used to improve the system.

In other action the council gave first reading to an ordinance to annex a 68-acre tract located along Shady Grove Road adjacent to I-26 as General Residential. The property is being developed by Great Southern Homes as a residential subdivision.

There was a discussion on the impact of such a development, which could accommodate 165 new homes. Councilman Danielson said the council should consider charging “impact fees” for such a development because of the cost resulting from town resources such as law enforcement and infrastructure.

Town Attorney Jake Moore said the town could enter into agreements with Southern Homes about how the property is developed.

The council also gave final reading approval to an ordinance to rezone property located along Koon Road from Planned Development to General Commercial. The site would be occupied by retail businesses.

The council approved a plan to distribute $400,000 of American Rescue Plan funds, assistance funds distributed by Congress to help municipalities deal with the aftermath of the pandemic.The funds would be designated for bonuses for town employees, infrastructure improvement and grants for businesses adversely affected by the pandemic. The funds could also be used for Wi-Fi accessibility, fiber connectivity and software upgrades.

The distribution amount originally came to $745,969, but the council decided to hold some of the funds in reserve.

The council approved a $194,499 grant submission to rebuild the former tennis court complex with a dog park and community gardens. The new park, to be known as Rawls Creek Park, is located on Friarsgate Boulevard.

The council also approved a contract with Lexington Medical Center, who will pay the town a fee of $100,000 for a five-year agreement to sponsor the Okra Strut and add their name to the two restroom facilities in the Community Park of Irmo.

The council recognized Loveland Coffee as April’s Small business of the Month.

The council appointed Judy DeLoach to the Irmo Planning Commission.