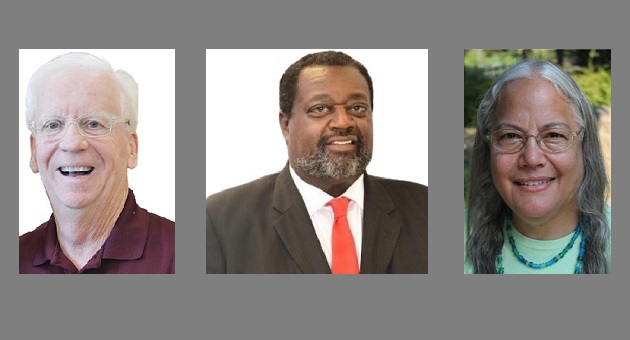 In a recent interview with the mayor, Walker said, “Danielson and I have on many occasions agreed on town matters and on some occasions we have disagreed on them. This has never hindered our commitment to transforming this great and wonderful town called Irmo. This is the type of council member you want, those with different opinions that can work together for a common good.”

Mayor Walker spoke highly on Danielson’s expertise which will be needed to help the town navigate for future growth.

Danielson’s public service record includes being appointed by Governor Nikki Haley to represent the 2nd Congressional District as Chairman for the SC Commission of Disabilities and Special Needs. Responsibilities fell on this seven-member commission for governmental oversight, spending priorities, management of the Executive Director, political wrangling over a host of issues and most of all the safety and health of over 35,000 of this state’s most vulnerable citizens. He served two terms as chairman overseeing a budget exceeding 700 million dollars.

Danielson served as Chairman of the Board of Directors for the Greater Irmo Chamber of Commerce and has Chaired the SC Philharmonic for two terms. Other board service includes The Babcock Center for eight years, three as Treasurer guiding the organization through downsizing and consolidation of services during the recession of 2008 – 2012.

Also as Chair of the Board of the Glenforest School in West Columbia, a private school that serves students who are on the autism spectrum and others who learn differently. Danielson helped guide this school from a small facility in Cayce to their sprawling campus currently on Harbor Drive. He helped raise thousands of dollars for tuition scholarships and the overall governance and educational direction. He also assisted in the financing, design, and construction of their brand new athletic and gym facility.

Walker also believes Dr. Waldman would be a valuable addition to the council for her experience and prior contributions to the town.

The mayor said, “Dr. Waldman has been my neighbor for close to thirty years and she will be a valuable resource to continue growing our town in a positive manner. “

Dr. Waldman has been a resident of Irmo for 28 years. She was a faculty member at USC that worked in Biochemistry. A graduate of Virginia Tech, she went on to earn her Ph.D. from John Hopkins University.

Waldman has never been elected to public office, but she has held many leadership positions. Most involved with education with either Lexington-Richland School District Five or USC. As a candidate, she could bring a broad background of knowledge and experience to Irmo Council meetings and activities. She has historically been involved as a speaker at council meetings during presentations by citizens.

Both Danielson and Waldman ran for Walker’s open seat when he successfully ran for Mayor in 2019. Danielson prevailed in that special election by 5 votes over Barb Waldman.

In response to those election results, Walker stated, “Those results showed me that we had two exemplary council candidates running for the one seat. We now have a regular Town Council election and there are two seats open. I think that Danielson and Waldman would make great additions to the council.” Walker added, “I look forward to working with people who are well versed in the town and its history and bring the work and educational experience to tackle the issues facing Irmo.”