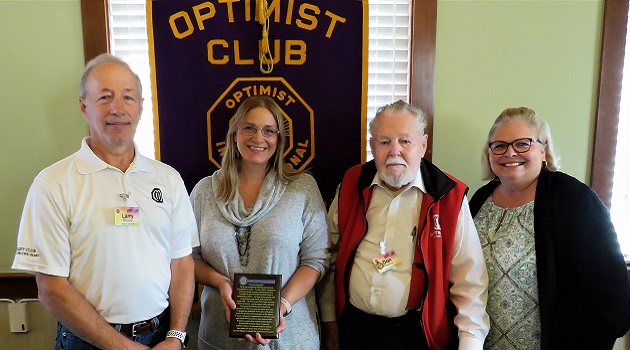 The motto of Optimist International is “Friend of Youth,” and its nationally supported cause is childhood cancer. Sherbert has taken those ideas a step farther and has formed a virtual Childhood Cancer Optimist Club. The Club is available to kids with cancer who, for medical reasons, spend much of their time in relative isolation. As such, the Club fills a need that in-person groups cannot.

Sherbert and volunteers establish a theme at the start of each month and then, via virtual exchanges with kids, develop that theme throughout the month. There are also monthly Game Nights offered, one of which recently attracted more than 240 kids from all over South Carolina for bingo.

Sherbert described one kid’s idea that grew exponentially. A 10-year-old girl from Spartanburg suggested establishing a designated “Kids with Lids” day at her school. Students paid one dollar to be allowed to wear a cap for the day. On its rollout, at that one school, more than $1,000 was raised. Kids with Lids has now spread to over a hundred South Carolina schools.

Another vital benefit of the club is that of volunteers providing transportation to medical appointments.