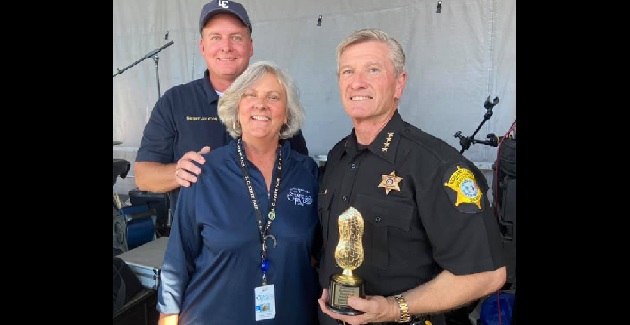 “This was the second annual boiled peanut eating contest,” said Nancy Smith, general manager of the S.C. State Fair. “It was great fun, a great crowd, and enjoyed by all the spectators and participants.”

“I love boiled peanuts, so this was a natural thing for me to do,” said Lott, who consumed 74 peanuts in two minutes. “The golden peanut trophy will be in a prominent place on a bookshelf in my office.”

Sheriff Lott is not the only 1st place recipient from the Richland County Sheriff’s Department at this year’s Fair. Artist Rachel Myers – a deputy and senior school resource officer at Ballentine Elementary School – won 1st place for her artwork in the S.C. State Fair’s decorative painting-mixed media category.