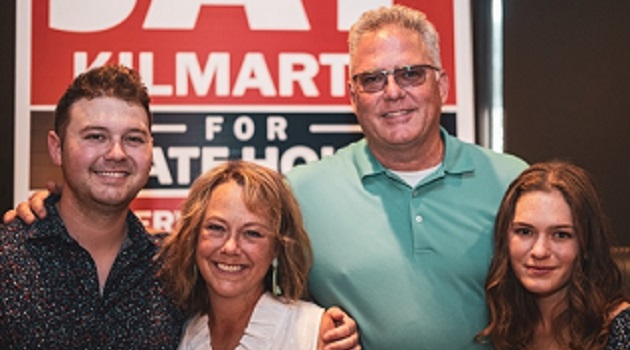 Kilmartin was introduced by his wife Elizabeth and he thanked her in return:

“I would not be able to (run for state house) without Elizabeth,” Kilmartin said while he also added that they came to the decision to run for the seat after a week of prayer about it.

Kilmartin also received the endorsement of Lexington County State Rep. RJ May (R-District 88). May is the Vice Chairman of the newly instituted State House Freedom Caucus:

“I know (Jay Kilmartin) will be our ally in the fight for liberty and he will be an ally in defending the constitution,” May said.

The campaign also announced an upcoming meet and greet at the Yacht Cove Clubhouse on Thursday, May 19th at 6:30pm. The free event is located at 109 Shoreline Drive, Columbia.